In honor of Christmas, New Years and the Birthday of Amitabha Buddha Guang Huan Mi Zong and the World Culture and Art Association held a fantastic Christmas celebration in the newly renovated Goddess of Mercy temple located in Amsterdam NY.

For weeks preceding the big day the team at GHMZ worked tirelessly to prepare the venue and performances. The decorations of the temple projected simultaneously spiritual splendor and holiday festivity. Of note were 3 spectacular new chandeliers, suspended gracefully from the tall ceiling by slender chains and shaped like Vajras, their thousands of crystals reflected brilliant light across the grand hall. 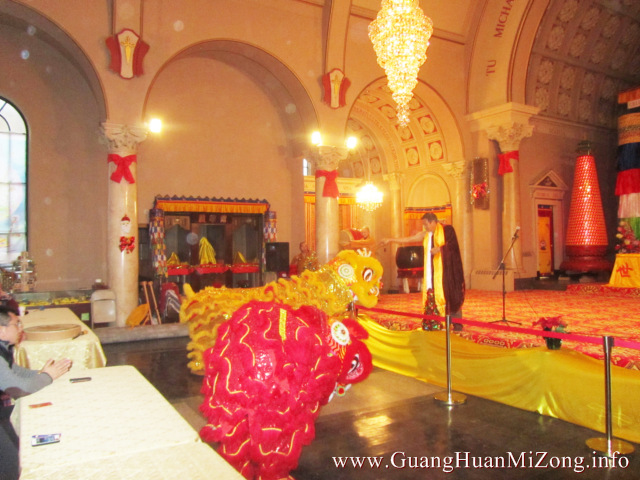 [break] Holy Master Ziguang Shang Shi opened the ceremony with a short speech welcoming the guests and the performances then began with a traditional Chinese lion dance. Two regal looking lions, animated vividly by the Lion Dance Team, strutted down the center of the temple’s main hall, paying their respects to Guan Yin Bodhisattva and receiving the spiritual blessing and offering of food from the Holy Master.[break]

Welcomed next to the stage was a Mohawk Indian drumming group led by Edward Wren. Gathered together around their drum, the Voice of the Grove, they graced the audience with a beautiful and moving performance of traditional Native American drumming and chanting.

Another Native American musical performance was given by Erick, who dedicated a soulful flute solo as a prayer for the purity of the Earth and its life giving waters. 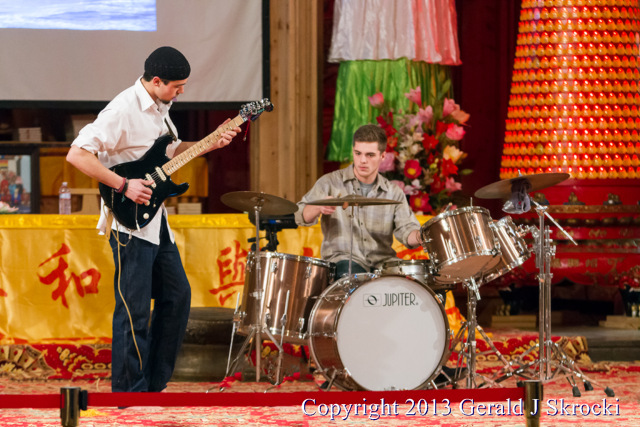 Chris, a local Muslim youth, gave thanks for the wonderful performances and told how his travel to the Holy Mountain and the spiritual practice he learned from Holy Master Ziguang Shang Shi inspired him. Then, he played an original composition on electric guitar along with the drummer Matt. The piece entitled ‘Wave Dharma’ was peaceful and meditative. 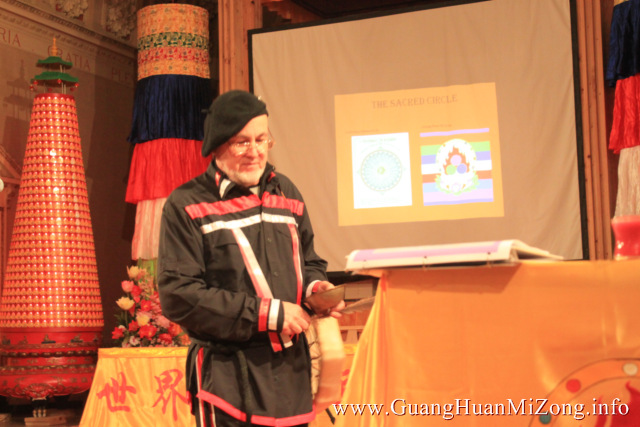 Larry quoted Holy Master’s Dharma speech on “True Liberation” and gave a speech comparing the harmony between Buddhist and Native American spiritual philosophy to the resonance between drums. Larry praised Holy Master for the insight and wisdom he had gained after practicing GHMZ Dharma and making pilgrimage to the Holy Mountain. Larry talked about his Native heritage and the striking similarity between Buddhist and Native American prophecy predicting “a man in a red cloak, coming from the East, will restore the law of the Native American”. 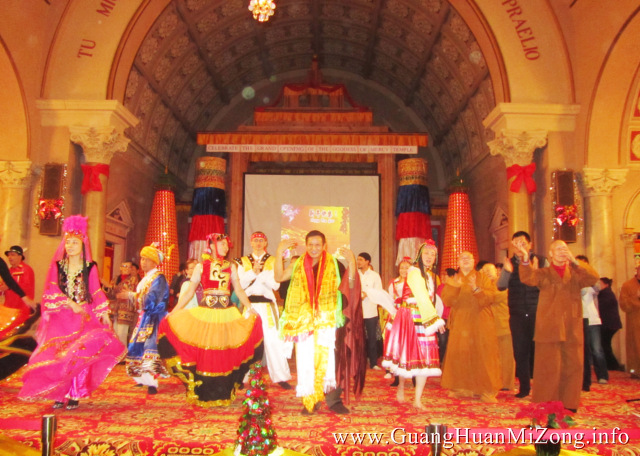 The last performance was a colorful dance, featuring many different traditional costumes from the many different ethnic groups of China. The audience was invited to come to the stage for sharing the joyful moment. One by the one everyone came up the stage, clapping and dancing, drumming and singing together in a beautiful moment of holiday celebration and cultural exchange dedicated to world peace, human health and religious harmony.